Have you ever wondered if your dog or cat is aware that it is pregnant?

Well, we have. So we have decided to investigate this and here is what we found.

Do cats and dogs know they are pregnant?
After 2-3 weeks the belly starts growing and the cat/dog will notice the change. The animal’s brain receives chemical stimuli and the animal will become less active and more protective. A veterinarian can scan for puppies and kittens 2-3 weeks into the pregnancy.

Let’s take a look at some of the signs you can pay attention to if you want to know whether she is pregnant or not.

Quick Tip
Be prepared for extra shedding! A great way to reduce the amount of shedding indoor is to use a great anti-itch shampoo. Check the products we recommend here. That makes sure the dog won’t scratch itself too much. Check also our recommendations on our list of 24 must-haves for dog owners. It’s a helpful list with many helpful things for dog owners!

Do Dogs Know They Are Pregnant? 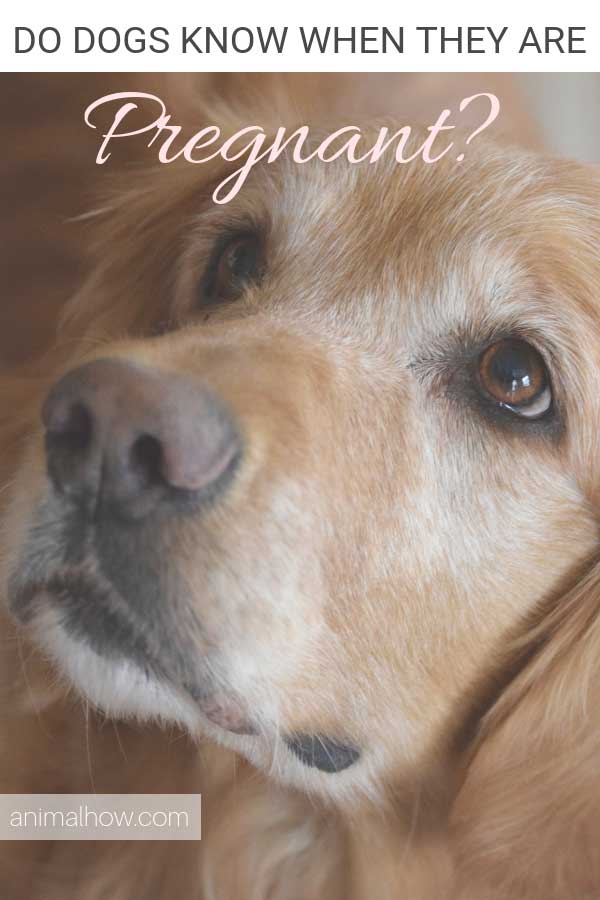 To answer this question is actually quite difficult. We have to start by defining what we mean when we say the word “know”.

Dogs do not know anything in the sense that humans know things. They are not self-aware like us but that doesn’t mean they can’t sense a difference in their body during pregnancy.

So the question is when during the pregnancy will the dog to become aware that something is going on inside its body.

Animal behavior is controlled by hormones and animals do not have a period like human females. This means that animals can actually get pregnant while they are already pregnant.

As we just mentioned, dogs respond to hormones which are chemical signals sent to the brain. Whenever these hormones include pregnancy hormones that dog will become less active and take fewer risks.

How far into the pregnancy do dogs become aware they are pregnant? 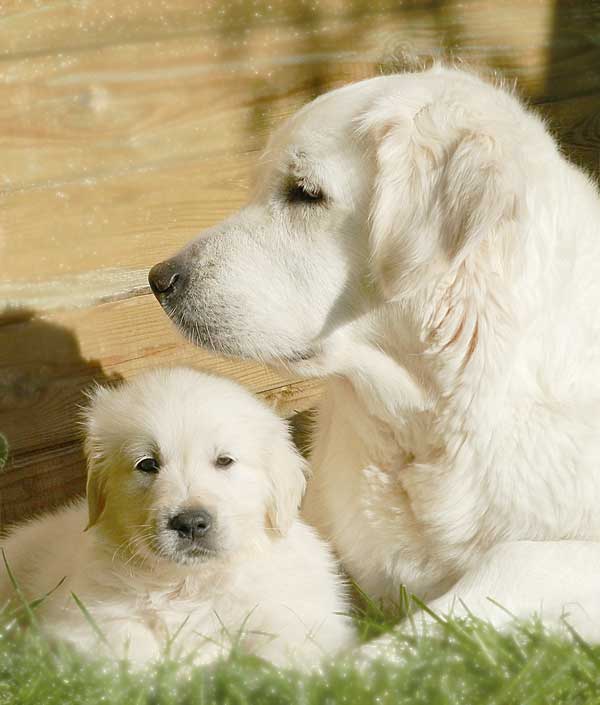 The gestation period of dogs is quite different from humans.

Dogs are pregnant for around 2 months (63 days on average) so they have to find out pretty soon in order to take any actions according to the pregnancy.

Because of the short gestation period, the dog will up very quickly start to gain some weight. It will sometimes be visible already after a few weeks. The dog will probably be aware at this point that it is carrying pups.

If you suspect she is pregnant or if you are in doubt, you should take it to the vet to be checked. The veterinarian will be able to see the puppies with an ultrasound already after 2-3 weeks.

That’s how fast they grow.

After the fourth week of the pregnancy, the vet can touch your dog’s belly and sense whether there are puppies on the way or not.

The little puppies will only be one inch long at this point so you need to be really careful if you try to examine the dog yourself.

So now that we have taken a look at that gestation period of dogs we can see that the dog will know after a few weeks. And so will you if you pay attention to the behavior of the dog.

Here are some signs to let you know the dog is pregnant:

When the dog becomes pregnant the first thing that happens is a 2-3 day maturation period. During these days the fertilized egg will either start growing or die.

Now the progesterone levels will rise and reach a maximum after 10- 20 days.

After this period the levels will decrease again.

So it’s a fair assumption, that the dog will become aware of her pregnancy after around 10 days. Because this is typically the point where the hormones really start kicking in. How to tell if my dog is pregnant or just fat

If you suspect your dog is being pregnant you need to pay attention to the signs above.

If you are still doubting whether the cat is just growing from eating or whether she is, in fact, pregnant… here’s what you can do.

You can take her to the veterinarian and have them take a blood sample. They will be able to check the hormone levels and tell you what is going on. But you have to wait 3-4 weeks before this hormone is detectable in the dog.

So it’s probably better just to get the routine scan which the vet can do after 2 weeks in most cases.

Does A Cat Know It Is Pregnant? How soon can cats sense pregnancy? Well, at some point it will know it’s pregnant but it’s hard to know exactly when it finds out.

Cats do know they are pregnant, eventually. They don’t take pregnancy tests, obviously, so they won’t know right away. But they will know and they will take actions in order to protect the outcome.

Cats are more controlled by chemicals and hormones than humans. They are primarily controlled by survival instincts and the urge to pass on the genes is strong in most animals. Cats included.

The cat is pregnant for the same amount of time as dogs. We are talking about 63-66 days in general and sometimes it will be a little longer than that. You should be able to notice a growing belly after a few weeks and after a month you will definitely be able to notice a big belly. At this point, the cat is half term.

Which means she is halfway through her pregnancy.

When will my cat realize it is pregnant?

The cat will probably know it already after a week or two.

It’s hard to say how soon the chemical hormones start kicking in at a level that makes the cat aware of the pregnancy. But it is not uncommon for the cat to become less active and even lazy after a few weeks into the pregnancy.

A few weeks into the pregnancy the cat will already start to gain weight and the hormones will be fussing around her brain and body. At this point, she will definitely pretty aware of the pregnancy.

But it is simply not possible to tell if the cats are mentally aware of the pregnancy. They might just be reacting to the stream of chemical stimuli the hormones are sending to their brains. If you don’t know whether your cat is pregnant or not you should take it to the veterinarian.

They will be able to tell you after a few weeks from scanning the cat’s belly. Here are some general signs you can pay attention to. They will help you find out whether is your queen is pregnant or she is having a worm (or something different).

It can sometimes be hard to distinguish between a pregnancy and a cat gaining weight.

If your cat is gaining weight quickly you need to take it to the veterinarian. It might have caught a worm or it might be pregnant.

What you can also do is to check the nipples of the cat. If the cat is pregnant the nipples will become pinker and they will become bigger. Other than that you should pay attention to the other signs were mentioned above. One of the first signs to appear is the morning vomiting.

If you notice morning sickness it’s a pretty good sign that your cat is pregnant and not just being fat. As we mentioned above, you can take the dog to the veterinarian after two weeks. At this point, the vet will be able to scan your dog with ultrasound and see if there are puppies on the way.

If you cannot wait this long here’s an alternative for you. It might also be that you do not have access to a veterinarian in your area.

There are pregnancy test kits around.

They will typically need you to take a drip of blood from the animal in order to test it. This test will typically detect the hormone called relaxin. This hormone doesn’t kick in before it has been three weeks so it’s not the fastest way to test your dog.

So we do not recommend you to give your dog a pregnancy test.

Just wait some time. After a few weeks, you will be able to see the belly start growing. And pay attention to the other signs as morning vomiting etc.

The cat will also have a raise the level of relaxation whenever she’s pregnant. It works the same way as the dog pregnancy test.

But Just as with the dogs we do not recommend you doing these tests on your cat. You should take her to the veterinarian instead. He/she will be able to tell you after a few weeks whether she’s the cat is pregnant or not.

This is also a quicker way to know what is going on.

With these so-called pregnancy tests, you have to wait till the 3rd or 4th week and at this point, you should be able to notice the change anyway.