Humans normally live a lot longer than animals. This has probably always been that way but how come?

This is the simple and short version of the answer.

Let’s dig into the answer in more detail because there are so many incredible facts we need to look at.

Prepare yourself to be amazed!

Let’s start by looking at the main reason people live longer than most animals. When you compare humans to other mammals we need to take the difference in weight into account. It quickly becomes apparent that we live a lot longer than our animal friends.

Scientists have learned that humans tend to burn calories at a much slower pace. Actually, Gorillas burn calories twice as fast as humans. That also means that they burn a lot more energy on a daily basis.

In other words, humans simply age slower because the human body doesn’t need as much energy. Therefore we have more years to live on the same amount of energy!

That could lead you to think that animals that are more passive would live longer. And that animals in Zoos will live longer because they do not run as much and there doesn’t burn as many calories.

But that’s not the case. That’s not how it works.

Animals will burn close to the same amount of calories even though they are not being very active physically.

By tracking the production of CO2 you can track how much energy an animal is burning up. All mammals exhale CO2 through the mouth and these levels can indicate the “energy consumption”, so to speak.

The most human-like animals that have the longest lifespan, compared to humans, are the Chimpanzees and Baboons. Chimps can easily reach a lifespan of 60 years so that’s pretty close to that of humans.

Baboons will often live up to 45 years or longer.

Why Do Animals Die Faster Than Humans? No matter what kind of pet you have there’s a very high possibility that you will outlive it.

It will not live as long as you will. Let take a look at why animals tend to live shorter lives than humans.

We started by looking at the burn rate of calories and that’s a good place to start. But there are many other factors that come into play.

But you could argue that all this doesn’t necessarily explain why we LIVE longer. It explains why we don’t DIE sooner.

It mostly explains why we tend to die of old age instead of in battle.

So the best answer to why we CAN live longer than most animals is probably still found in the rate at which we burn calories.

Just like we looked at above, we burn calories a lot slower than animals.

How Long Do Humans Live On Average?

My grandma was a lucky woman. She turned 106 before she left this world.

The average lifespan of humans is around 71 years and according to the Guinness Book of World Records, the oldest person to have lived was Jeanne Calmen.

A French woman who reached the age of 122!

We live longer and longer because we learn more and more about the human body and how to fix ourselves.

In 1920 people would become around 60 years old on average. Today that number has increased by 30% and the number continues to climb, though at a slower rate.

Women live a little longer than men and that has always been the fact. This is quite incredible when you think about how tough it is to go through a pregnancy and give birth. But nonetheless, this has been the fact for a long time.

But it’s only a few years. And we probably wouldn’t even notice this slight difference unless we counted and kept track.

Part of the reason why is that more male babies die at birth than female babies. Men also tend to smoke more than women so that’s also part of the question.

But the main reason is probably found in our genes which constantly evolve and change a little bit all the time.

How Long Do Animals Live? Chimps can live up to 60 years or longer. Let’s take a look at some other animals with a similarly long lifespan.

Some animals actually live longer than humans. But let’s start by checking a list of animals we all know. We have very good data on this as zoos and scientists are very interested in the science of aging.

These are the lifespan of a list of animals:

What Are The Longest Living Animals?

It’s very difficult to track the lifespan of animals which tend to live longer than humans.

Simply because you would need several human beings to be able to track the lifespan as the animals might outlive the scientist who is carrying out the experiment.

Nonetheless, we have studies of the lifespan of several super-old animals.

One of the animals we believe is the winner of the aging game is the Greenland Shark.

That’s a really remarkable animal with a lifespan of up to 400 years. At least that what scientists believe. It is found in the Atlantic Ocean and in the Arctic Ocean.

Its meat is actually toxic.

It contains a high concentration of something called trimethylamine N-oxide. However, the people of Iceland have found a way to decrease the level of toxins in the flesh and they will eat the meat as a delicatessen!

The shark reaches sexual maturity at the age of 150 and a study showed that one shark captured in 1952 was born around the year 1600!

Which animals can live longer than humans?

Here’s a list of the animals that tend to outlive humans:

But we have another winner.

Jellyfish are believed by scientists to be biologically immoral.

The reason is that jellyfish are able to regenerate themselves.

Now that is a superpower of dimensions! Imagine if you were able to regenerate and not age as other mammals! That’s very unique and only one of the many weird facts about jellyfish. You can read more here about how jellyfish eat.

That’s a very funny story too!

Remember, the jellyfish are very fragile creatures, and if they bump into something sharp they can tear apart and might not be able to survive. So you shouldn’t expect the wobbily jellies to outlive you anyway.

They will not die of age but they will not live forever either. Even though they have regenerating abilities.

Why Do Dogs Live Short Lifes?

We try to make it sound like dogs live as long as humans by counting their age in “dog years” instead of normal years. A dog year is 7 years for humans.

By counting the age of our dogs in dog years we can compare them to our own lifespan and we may relate more to how far they are in their life.

We have written a separate article here about why dogs live short lives.

They are man’s best friend after all so it’s a real pity. The only thing you can do is to get a dog that lives as long as possible. Smaller dogs typically live longer than bigger dogs.

So go for a Chihuahua if you want to keep your little four-legged friend as long as possible. 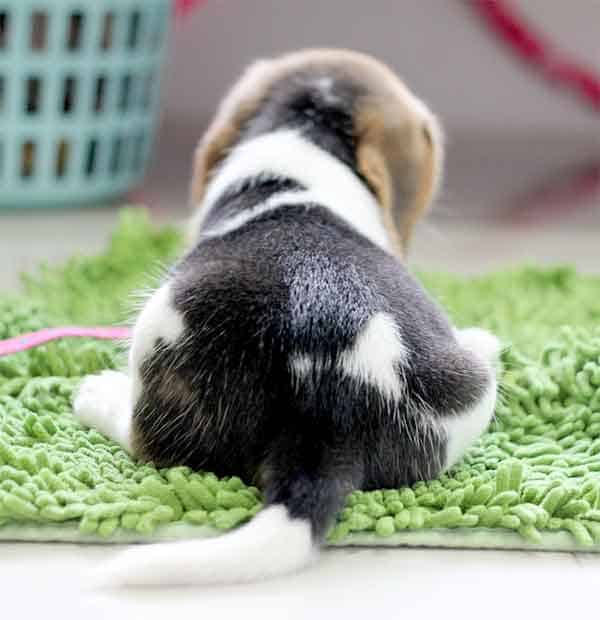