What’s the difference between aquariums and terrariums?
Aquariums are designed to contain water with fish and sea animals while terrariums are generally for reptiles or plants. Therefore an aquarium is waterproof while a terrarium can have a drain or holes to circulate air.

Here’s everything you need to know about how to tell the difference.

What Are Aquariums And Terrariums Used For?

The differences are actually built into the words.

They both come from Latin:

So as you can see, aquariums are meant for water creatures while a terrarium is meant for creatures that will live on land.

As I mentioned above an aquarium is made for fish and water creatures. This means that we are talking about a sealed environment where the water is 100% contained inside the aquarium.

We don’t want the water to be leaking out of the aquarium which this why we need to make sure the thing is built for holding water.

Terrariums, on the other hand, are not built for containing water.

Terrariums will typically contain plans are reptiles like snakes and scorpions. So we don’t need it to be waterproof. We might even want it to NOT be waterproof so we can have air circulating through the system from the bottom as well as the top.

However, there are several reptiles that you can keep inside the dry aquarium. We will get back to this in the second.

Can I Keep Reptiles In A Dry Aquarium? I suspect you are asking these questions because you are wondering whether you can keep reptiles and the dry aquarium. And the answer is that it depends.

So if you are keeping snakes inside an aquarium you need to watch the temperature closely at all times.

You might experience that the temperature is colder in the aquarium and you might need a heat lamp in order to create the best environment for the little creatures. Just make sure you watch it so the animals won’t get too cold (or warm for that matter).

Let’s take a closer look at what you need to think about and which animals might do well in a drained aquarium.

Can SNAKES live in an aquarium?

Most snake breeds will do just fine in an aquarium as long as you do not seel it at the top from the air.

You probably want to have a lid on the aquarium that will keep the snakes inside while still being able to circulate air into the system.

As long as you get this in place there’s no problem why you shouldn’t be able to keep your snakes in an aquarium instead of a terrarium. Just remember to watch the temperature as we mentioned above.

Snakes typically wanted around 85° Fahrenheit (29 degrees Celsius) during the day and a little colder at night. Make sure to monitor this closely as the temperature will behave differently inside the aquarium.

Can LIZARDS live in an aquarium?

Just like snakes, you will also find that most lizards can live well and a drained aquarium. Especially smaller lizards like Geckos.

Just remember the terrestrial lizards should always live in a horizontal environment while arboreal (animals that naturally live in trees) species will thrive in a vertical space.

So you might need to tilt the aquarium on the side.

Can CHAMELEONS live in an aquarium?

Chameleons will not do well in an aquarium. The reason is that they need much more airflow so here we will have to use what is called a “Vivarium”.

They can also be freaked out by all the reflections from the glass sides.

They require way more care and attention than your average lizard or snake that will just lay in the corner most of the day.

Can TURTLES live in an aquarium?

With the turtles, it’s actually hard to say whether they would do well in the more sealed environment. It mostly depends on their size and the breed.

In this case, you will need to ask the pet shop for advice.

Just make sure you do not cram a rather big turtle into a small aquarium because these creatures need space to roam around.

Can I Turn A Terrarium Into An Aquarium?

This might not be such a good idea. The reason is that aquariums are built with a special type of silicone in order to keep the water inside the thing.

The silicone material is really important in order to seal the glass surfaces together around the edges and corners. But what really matters here is not whether you manage to get it sealed well enough. The problems arise with the types of silicone you can get your hands on.

The type of silicone you will normally get from a store should not be used to seal the terrarium.

This is because it will contain toxic things that are bad for the fish and they will leave the water toxic to most water creatures as well. So you really need the thing that was built as an aquarium because you will probably not be able to turn the terrarium into a watertight thing.

At least without ending up with a poisonous environment for the little ones. Aquariums are built much more strongly because they should be able to contain a whole lot of water. This means that they have thicker glass walls in order for them not to break when the water pressure rises.

They are also built differently with silicone sealing around the edges and corners.

You will probably not be able to tell whether these silicon lines are waterproof so you might need to fill them with water to find out.

I don’t know why but aquariums tend to be a little taller than terrariums.

But you will probably be able to find aquariums that are lower too. Just make sure that you end up with a terrarium that’s big enough for the reptiles. The snake will typically need to space that is twice as long as its own body length.

Most other reptiles are much smaller and will do better in a smaller environment.

Because terrariums are not built to holding the pressure off the water they are made from a thin glass material. This also means that they are a lot lighter and easier to move around.

So if you want to move the thing once in a while it’s probably better to get a terrarium because it’s not as heavy.

4) Terrariums will often open to the front

Terrariums will often have a door or lid to the front in order for you to access the animal more easily. While an aquarium will never have the ability to open toward the front.

So you need to think about how easy or difficult it will be to feed and nurture the creatures on a daily basis.

Remember, you need to clean the place often and you will also need to supply the animal with food and water. So it’s probably a lot easier to do this from the side if we are talking about reptiles (or plants).

5) Only aquariums are waterproof

As we mentioned, in the beginning, the main difference between a terrarium and an aquarium is there the ability to hold water. If you are still in doubt whether you are holding an aquarium or a terrarium you can just try to fill the thing with water.

You will know instantly whether this is a terrarium or in fact an aquarium. If the water is dripping out it’s not an aquarium – at least not a very good one 😉 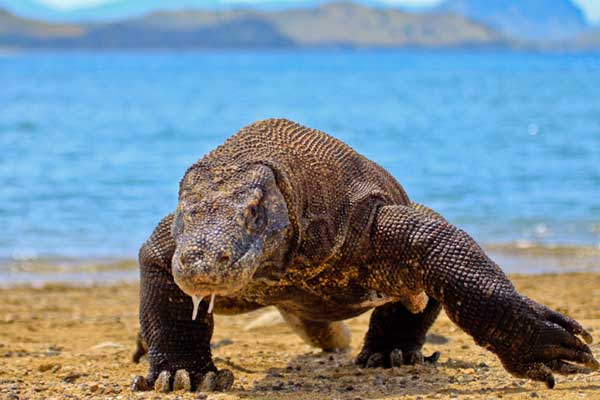